OUR PARTNER, 4MAX DEVELOPMENT, HAS BEGUN
CONSTRUCTION OF ANOTHER 5 MW SOLAR PARK

We invite you to read the article. - Source: www.lubienkujawski.pl

On July 29 this year. In the investment zone in Lubień, the official inauguration of the commencement of works related to the construction of a solar power plant with a total capacity of 5MW on the area of ​​over 8 ha. The symbolic shoveling was made on behalf of the Investor by President Justyna Sawicka and Ryszard Słowiński, the representative of the General Contractor, Arkadiusz Frukacz, and the Mayor of Lubień Kujawski, Marek Wiliński. The investment is carried out using the latest technologies, including double-sided photovoltaic module with a rated power of 455W Bifacial type. These panels are made of tempered glass on both sides. What distinguishes them is the active layer on the front and back of the panel. It allows the absorption of light from both sides, which makes them the most effective on the market. The general contractor of the investment is a consortium of one of the largest developers of photovoltaic farms - 4MAX Development Sp. z o. o. and T&T Proenergy Sp. z o.o. The investment is carried out by special purpose vehicles KALISKA PV 1 SP. Z O.O., KALISKA PV 2 SP. Z O.O., KALISKA PV 3 SP. Z O.O. as part of the investment project of the Greenland Company. The currently commenced stage I consists in the construction of a 3 MW power plant. The works started at the beginning of July this year, and their completion is planned for December 31, 2021. In the 2nd quarter of next year, the construction of the 2nd stage of the power plant, ie 2 MW, will begin. 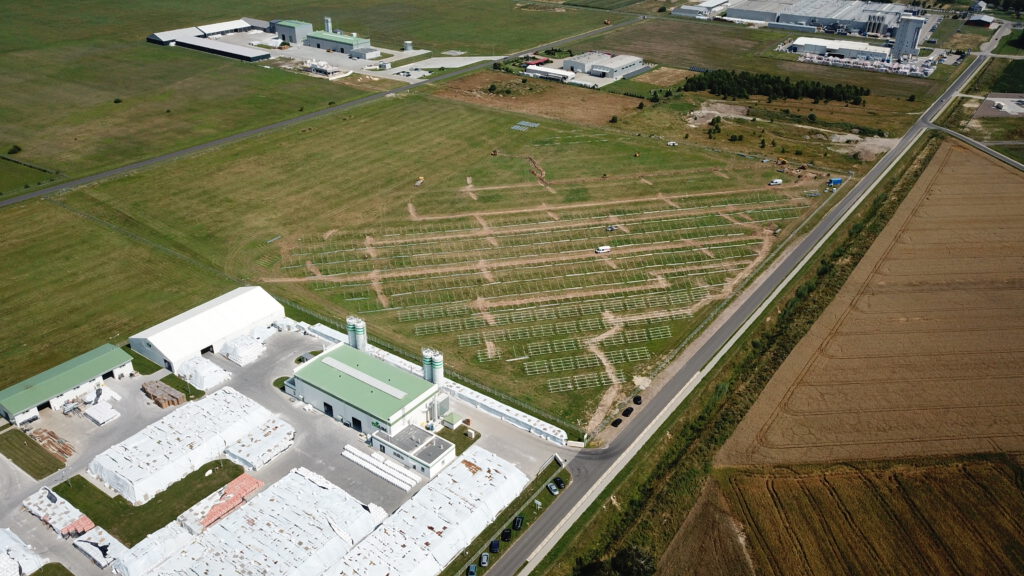 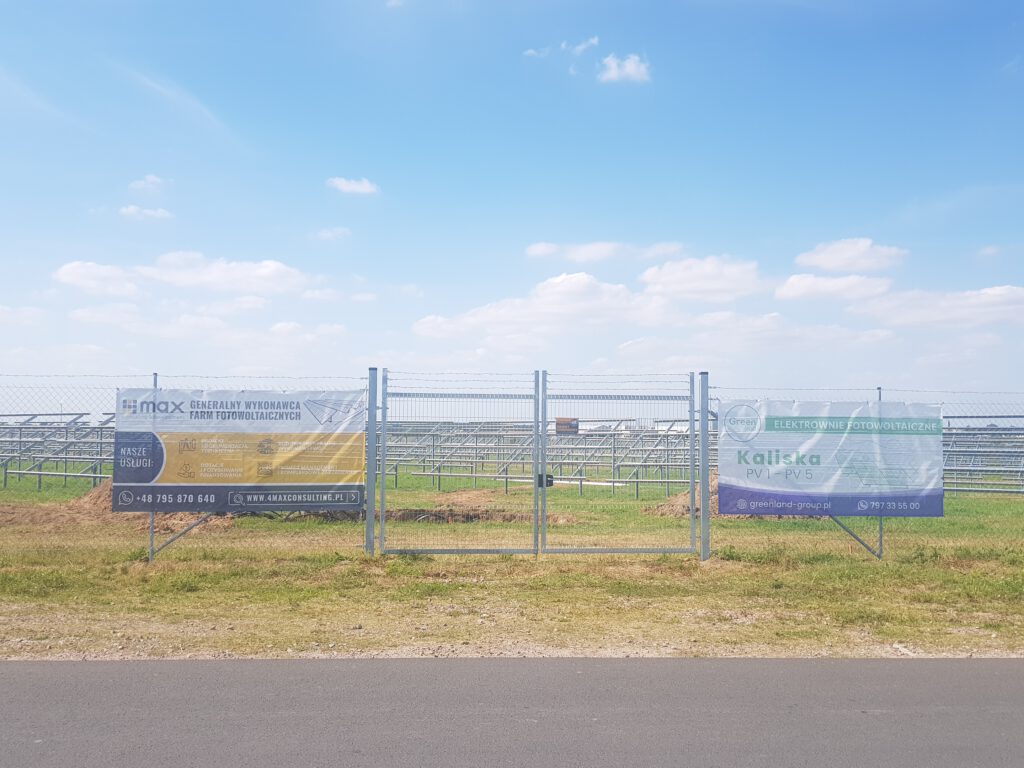